In the three coastal towns of Donggang, Nanzhou, and Ryukyu in Pingtung County, the Wangye Worshipping Ceremony is held every 3 years. It has the meaning of praying for peace in the world and eliminating plague and evil. 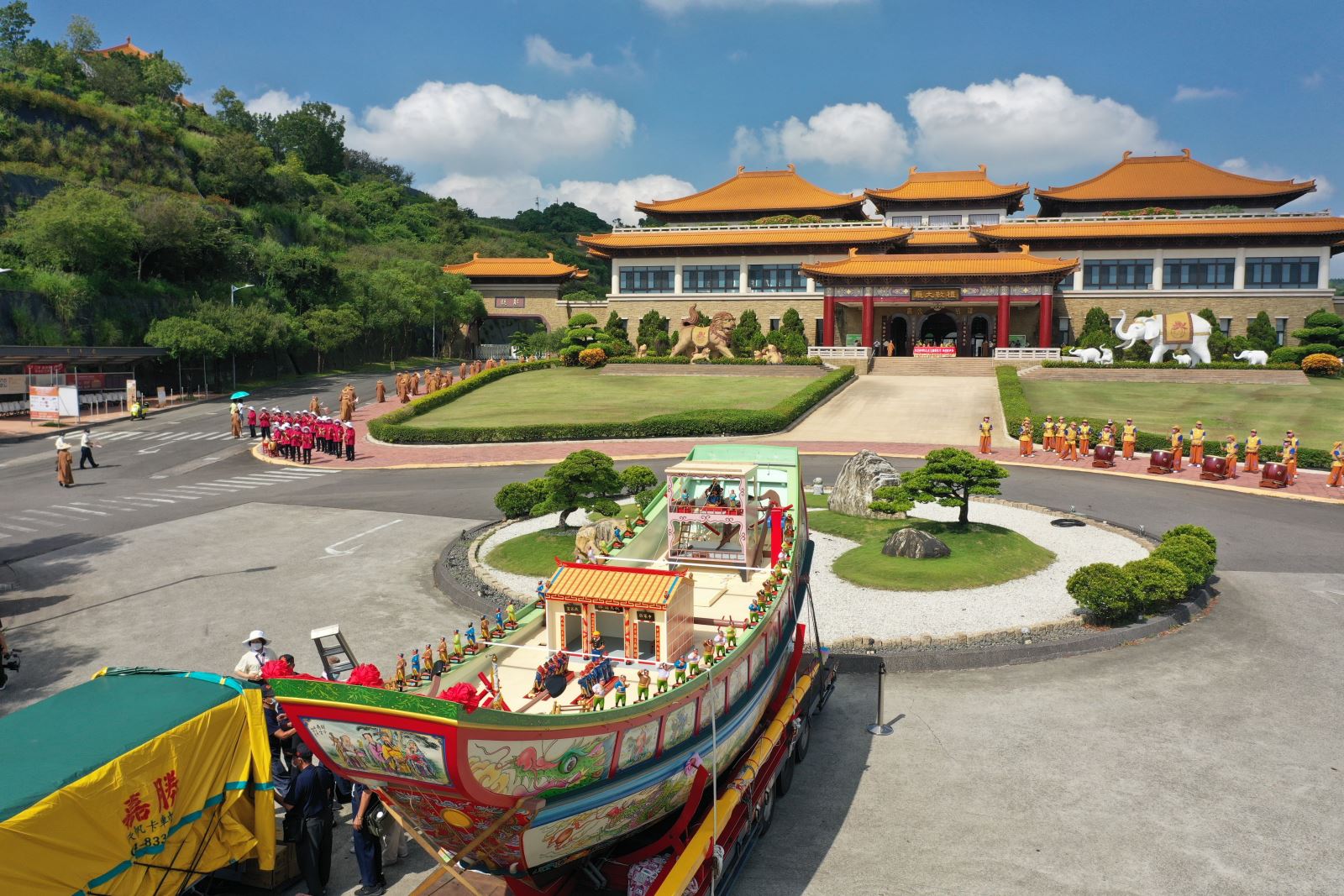 This year, due to the pandemic, Nanzhou's Wangye Worshipping Ceremony performed a flash-mob tour around Taiwan. The King Boat set off from Daitien Temple, beginning a five-day virus cleansing tour. There were also live broadcasts allowing people at home and abroad to gather for the blessings from Wangye. 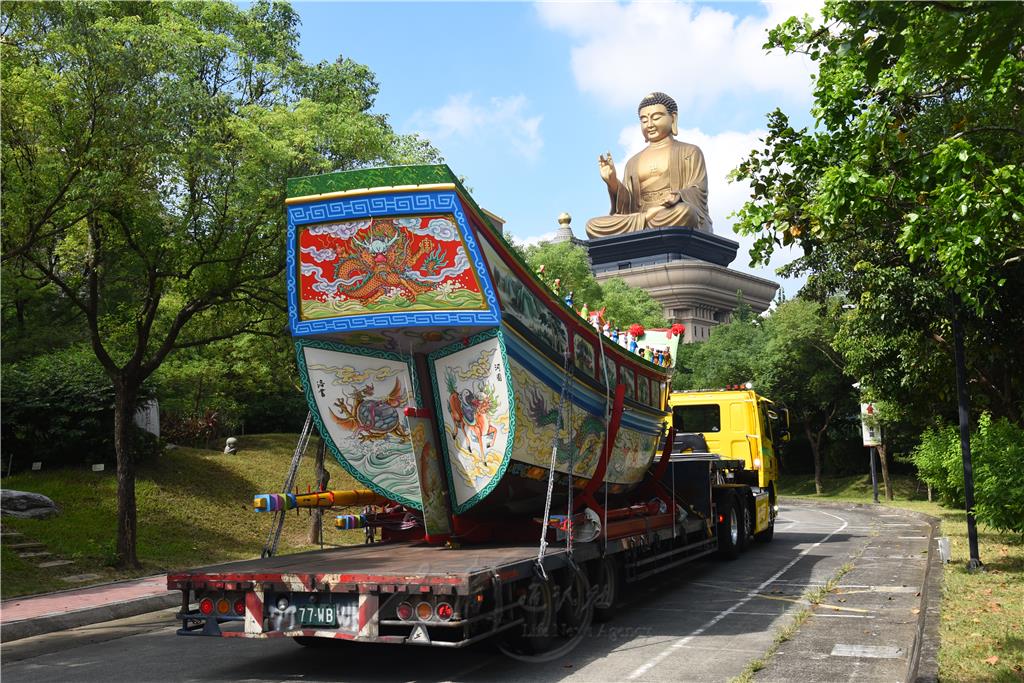 On October 4th, the Nanzhou King Boat visited the Buddha Museum and was welcomed by more than one hundred venerables from Fo Guang Shan as well as officials of the Chunghua Federation of Traditional Religious Associations. After the King Boat toured around the Buddha Museum, Most Venerable Hsin Bau, Head Abbot of Fo Guang Shan Monastery, led a Dharma Service Praying for Blessings, wishing the country's safety from the pandemic. 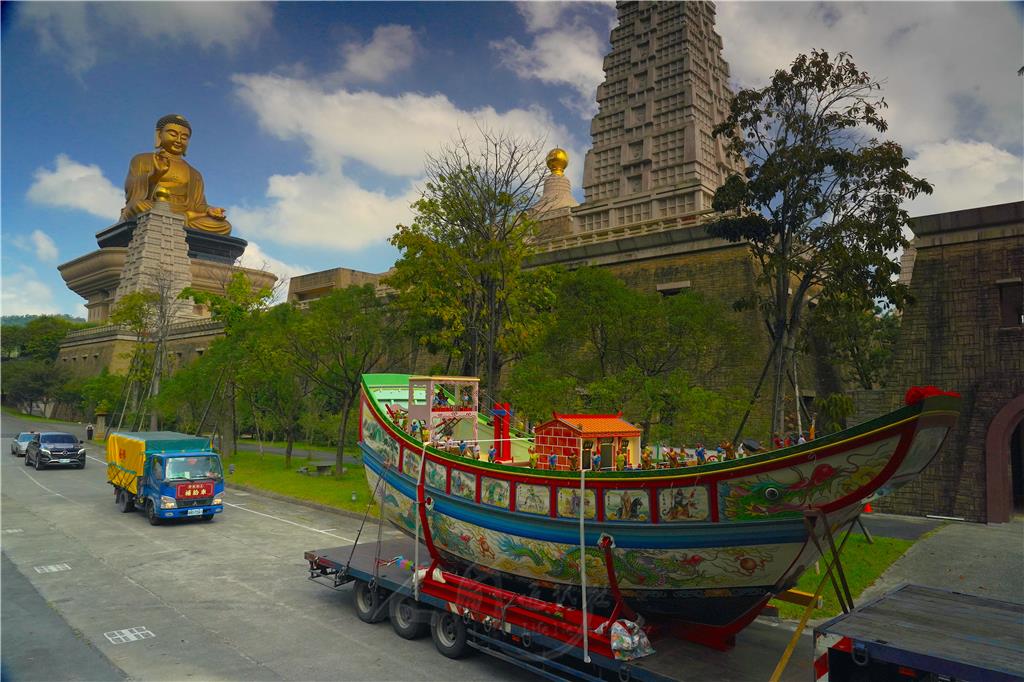 Before departure, Deputy Abbot Venerable Hui Lun and Chen Jialong, Secretary General of the Chunghua Federation of Traditional Religious Associations, boarded the King Boat and presented the "Big Buddha Medal"  to Wangye. Chen also invited Nanzhou Daitien Temple to participate in the When Buddha Meets the Gods event which will be held from December 19th to December 25th this year.