Summer heat at the Buddha Museum was chilled down by British breezes carried along by a special guest – Fellow of Academy of Social Sciences Dr. Wei Yang. Arriving from London in early June, Yang was the key figure who facilitated the donation of the Encyclopedia of Buddhist Arts to the British Library back in 2017. Her affinities with Fo Guang Shan and Venerable Master Hsing Yun can be traced back to her grandfather, Ding Junsheng. In 1949, being a Member of Taiwan Control Yuan, Ding rescued Venerable Master Hsing Yun and many other monks from detention.

In an interview, Yang explained the concept of "Garden Cities", which was created by Sir Ebenezer Howard 100 years ago. Similar to the principles of“Humanistic Pure Land," the concept of "Garden Cities" is based on "compassion and selflessness," and focuses on how to make a city livable, and how to live in harmony with nature, so that people can live in peace and joy.

When describing the Buddha Museum, Dr. Yang shared a four-line poem: the environment is natural and eco-friendly; the architecture is majestic and beautiful; there is harmony between people, and everyone is filled with peace and joy. In 2022 during the Covid-19 lockdown, Yang co-authored the volume Humanistic Pure Land and Garden Cities with Venerable Ru Chang, Director of the Fo Guang Shan Buddha Museum. A reader opening it from one side will read about Humanistic Buddhism; from the other, Garden Cities. This ingenious design highlights the interconnection between the two concepts of "Humanistic Pure Land" and "Garden Cities," especially their relevance and application in the 21st century. 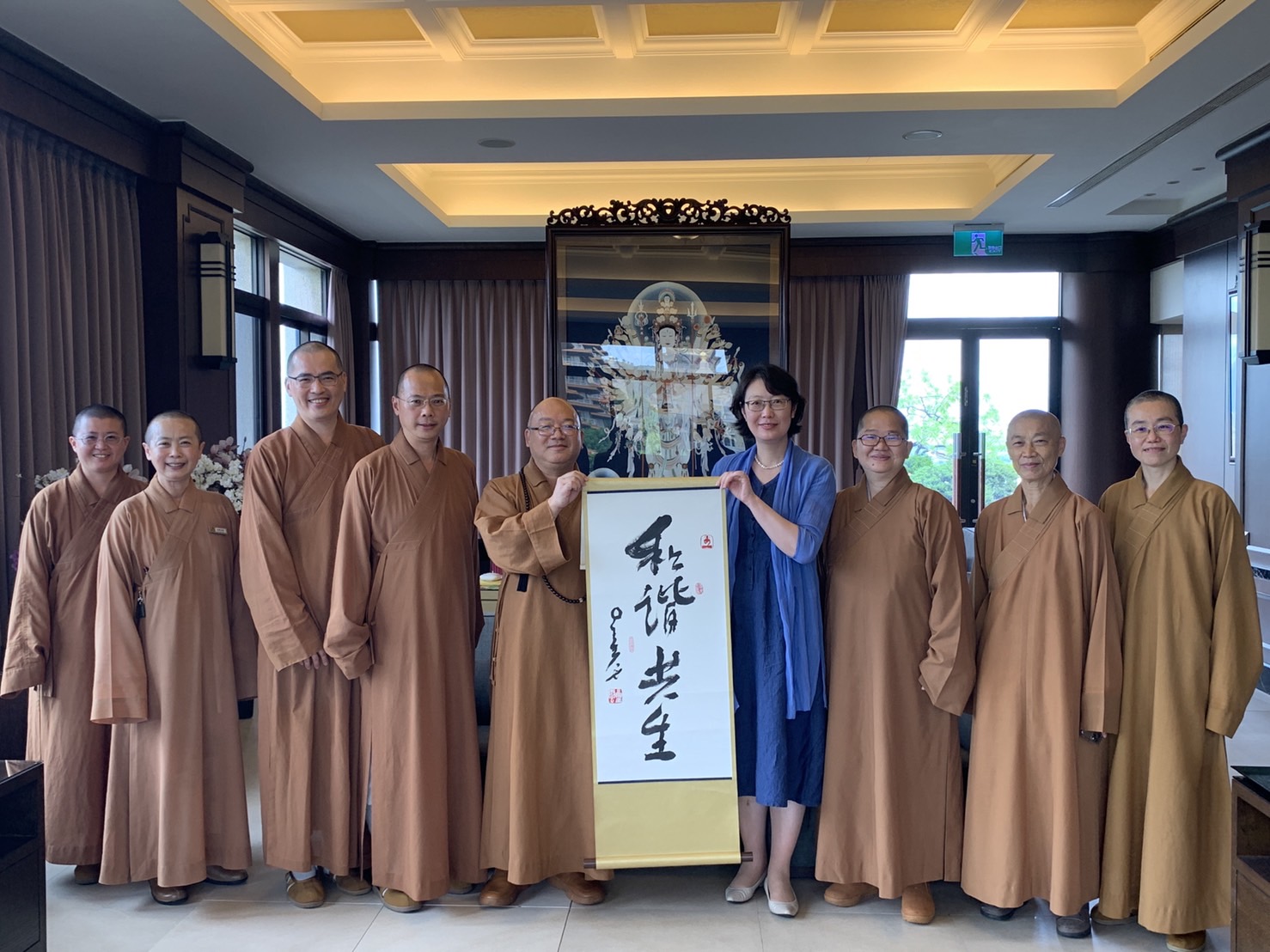